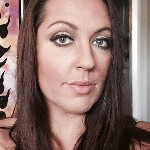 Lift the Veil and Let's Walk Out of the Darkness This campaign is to raise awareness about mental health and suicide. I pledge to giving my entire comission for the month of March as a Thirty-One Gifts Consultant, to this campaign.

However, I will run this page for as long as possible.

I lost my mother to suicide in March of 2005. I find it no coincidence that the anniversary of her death falls on International Women's Day, 2017.  Thirty-One Gifts has given me the strength and confidience to return to the young, strong, indepedent woman I have always been.

I lost my boyfriend to suicide in March of 2010.

And then it just kept happening. All around me.

And then, to me.  I thought suicide was the answer. It wasn't.

I rose out of that darkness with a mission. My mission is to raise awareness and say goodbye to the stigma attached to suicide and mental health.